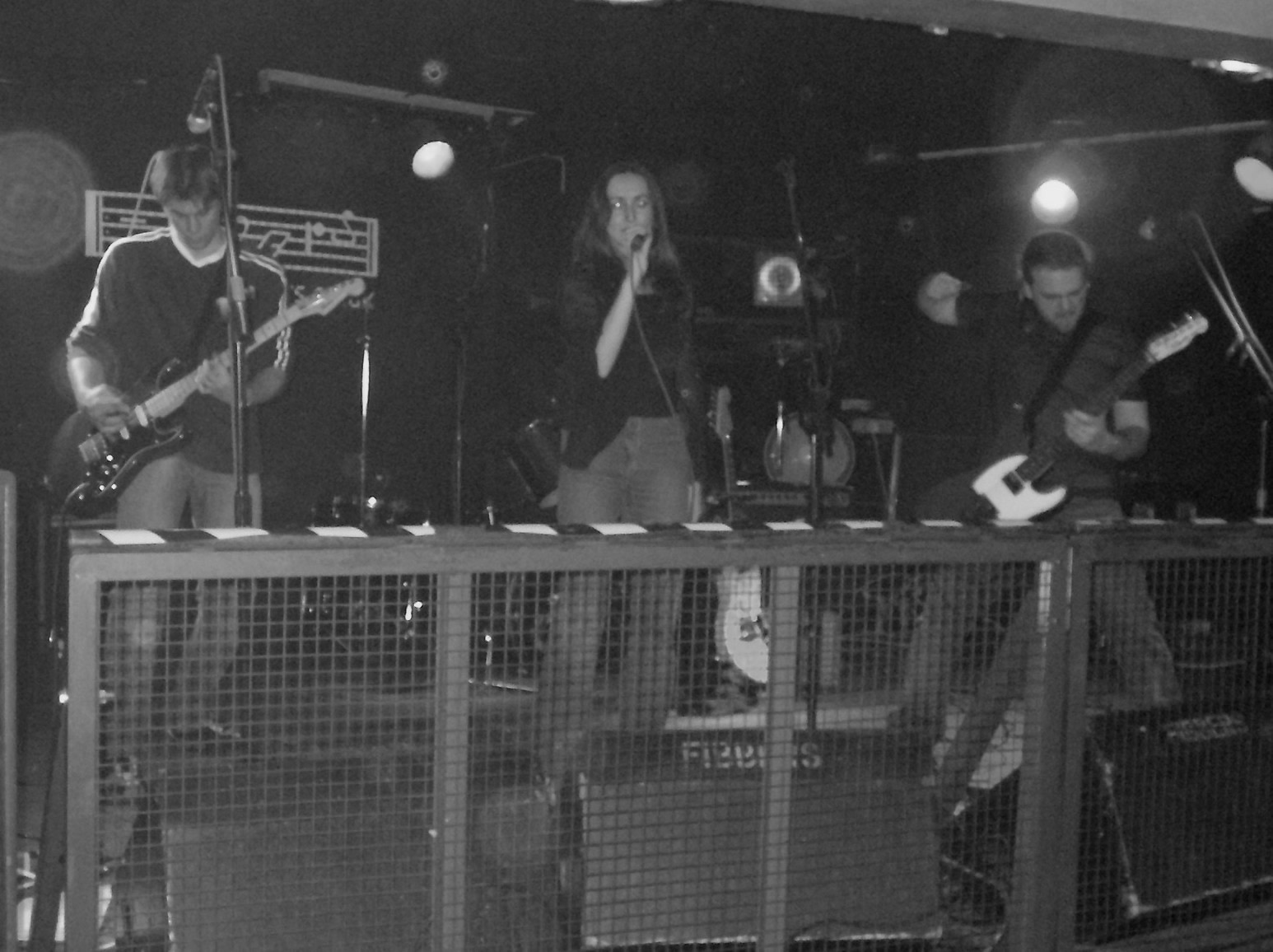 I was going though all the recorded material for Reborn. And you know what? Most of it is flipping awesome. Easily our best material ever, and no one is getting to hear it. Well, we had planned for the last 18months that we would be gigging in 2009, but we also planned to have finished and released tacks by the end of ’08, which so far is looking unlikely!

So what’s the problem? Well, it’s a logistical problem in part, also a free-time problem, and a motivational one! We’ve got plenty of tracks on the go, but none finished (as in, mixed and mastered) as it’s only once every blue moon we’re all in the same place long enough for the magic to happen.

So my new years resolution (yes, I know it’s only August) is to get the band gigging as soon as possible in 2009. I think a couple of acoustic sets would go down well too, and the new material will adapt well to acoustic.

So what can you expect? Well, alot more of the same! Techno-Grunge still abounds, but we’ve grown up a bit, and the music is a little more skilled and deeper. Since our new equipment is working so well, you can expect more live electronica happening too. If we can make it work technically, we may also get ourselves a live drummer to compliment the electronic drum machine and chopped drumloops which characterise our sound. As there’s live bass guitar and piano thrown into the new songs too (yes piano, I shit you not) you can also expect alot more shuffling around on stage and frustrated/confused sound engineers. It’s gonna be wild!

I know we’ve been saying all this for over a year, but really now it’s serious. We just can’t let this stuff go unheard. So get subscribed to the blog (or book mark this page) and keep watching for updates.

I’ve had this mixer since my Rave Generation days, it’s served me well. It’s very long in the tooth now. The turntable and both tape decks are screwed. It’s missing two fader knobs, the DJ/STUDIO/HIFI switch is crackly and the speaker sockets are really intermittant.

Sadly now, the front phono sockets are faulty, so I can only get an input using the 1/4″ jacks, which requires use of the “trim” pre-amp which causes alot of distortion.

Anway, here’s the ad, sit back and enjoy !

This could be a sign of things to come. We had a pretty good jam with all the gear running at once. Sadly BPM synch between Traktor and Cubase SX doesn’t seem to be possible.

The problem is that Steinberg decided to ditch the “sync to midi clock” feature after VST5. Which is total madness. That means that Cubase has to be the master unless you can supply MTC. Now none of our outboard gear supports output of MTC, so we’re stuffed!

The choices are to either go back to Cubase VST/32 V5.1r3 or get Ableton Live. Seeming as we have 3 legit copies of VST, I think I’ll just install that on the laptop instead!

Congratulations to Steinberg on fucking up Cubase again! I also hear that the latest version of Cubase, Version 4 (no I don’t understand the numbering either) has ditched support for Direct X plug-ins. It wasn’t made public till after the release either. What a spark of genius! That’s right, your £3000 worth of DX plugs won’t work anymore. Even more reason to stay on SX, or by the looks of things, roll back to VST !!

I’ve come across some really gifted guitar players in my time, there’s loads out there and sadly many of them won’t ever get the fame and recognition of Slash, Clapton, Cobain and the like.

Once such artist and friend of the band is Martin Ledger of the Bogus Brothers. I’ve seen the guy play, and he ticks all the boxes of being a total guitar genius, including the learning of more obscure strings instruments like the mandolin (which he mastered in a matter of months). I suspect if he saw what I’d written here, he’d probably be a little embarrassed. But this is my blog, so he’s just gonna have to take the compliment 😛

Anyway, my point is that even he was impressed with a video clip I sent him of Pat Metheny.

Who is one of those guitarists I’m reffering to who most people will probably have never heard of. Certainly in the UK it’s even more unlikely as he’s the wrong colour and can’t rap, unlike Dizzee Rascal who is untalented and as previously declared; a total cock.

This guy Pat not only mastered other stringed instruments, but bored with mastering that challenge decided to invent his own! It’s a 42 (count them) stringed guitar, named the Pikasso. Although to call it a guitar is a bit ambiguous as it’s more like a guitar, bass, sitar and harp all rolled into one.

Here’s a clip of the guy in action with his multi-stringed guitar.